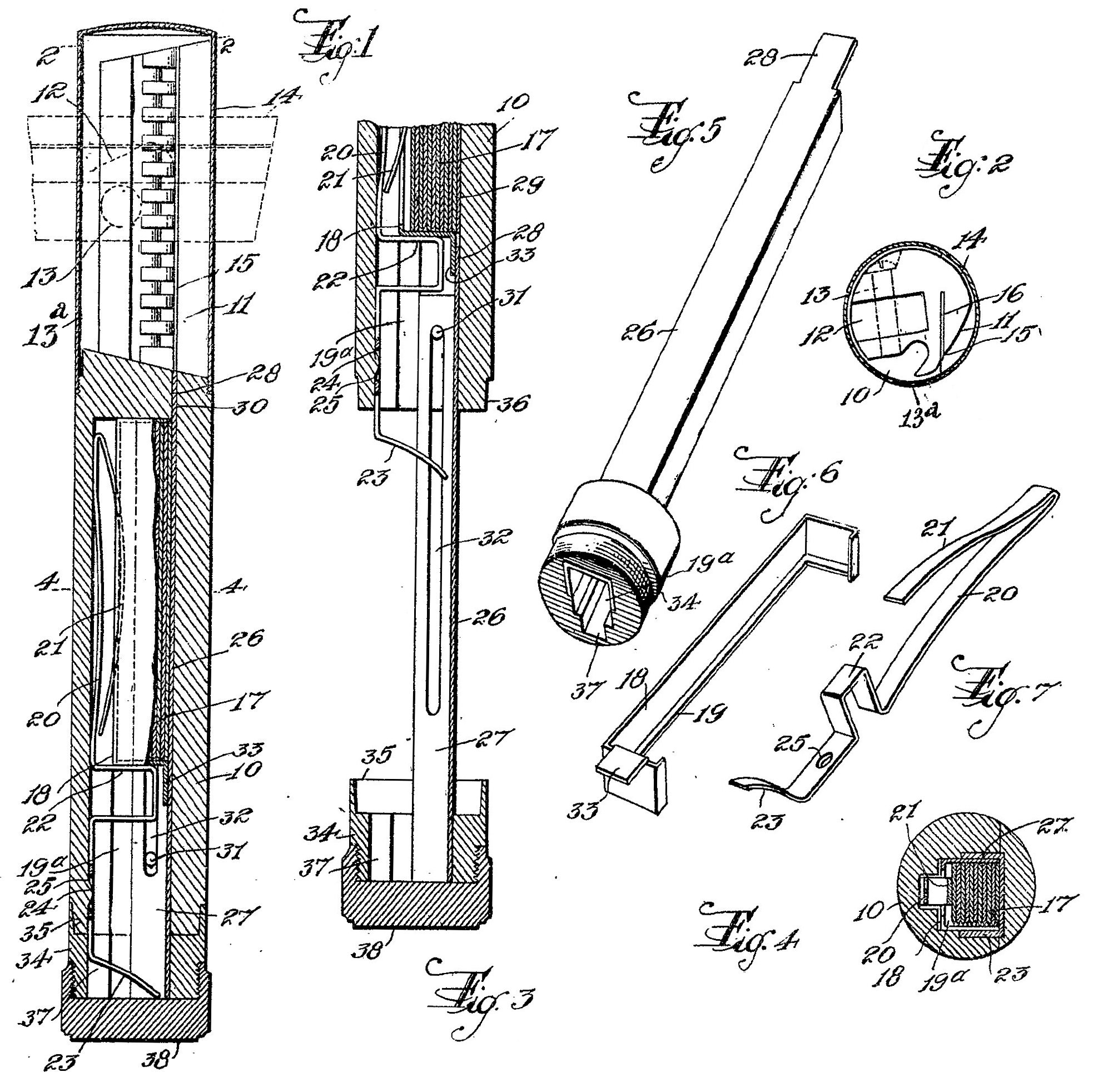 Claimed for Schick Type B2

Remark: The “inventor” in this patent - Edward Marks - is merely the patent attorney, not the inventor. I presume that the inventor is Jacob Schick.