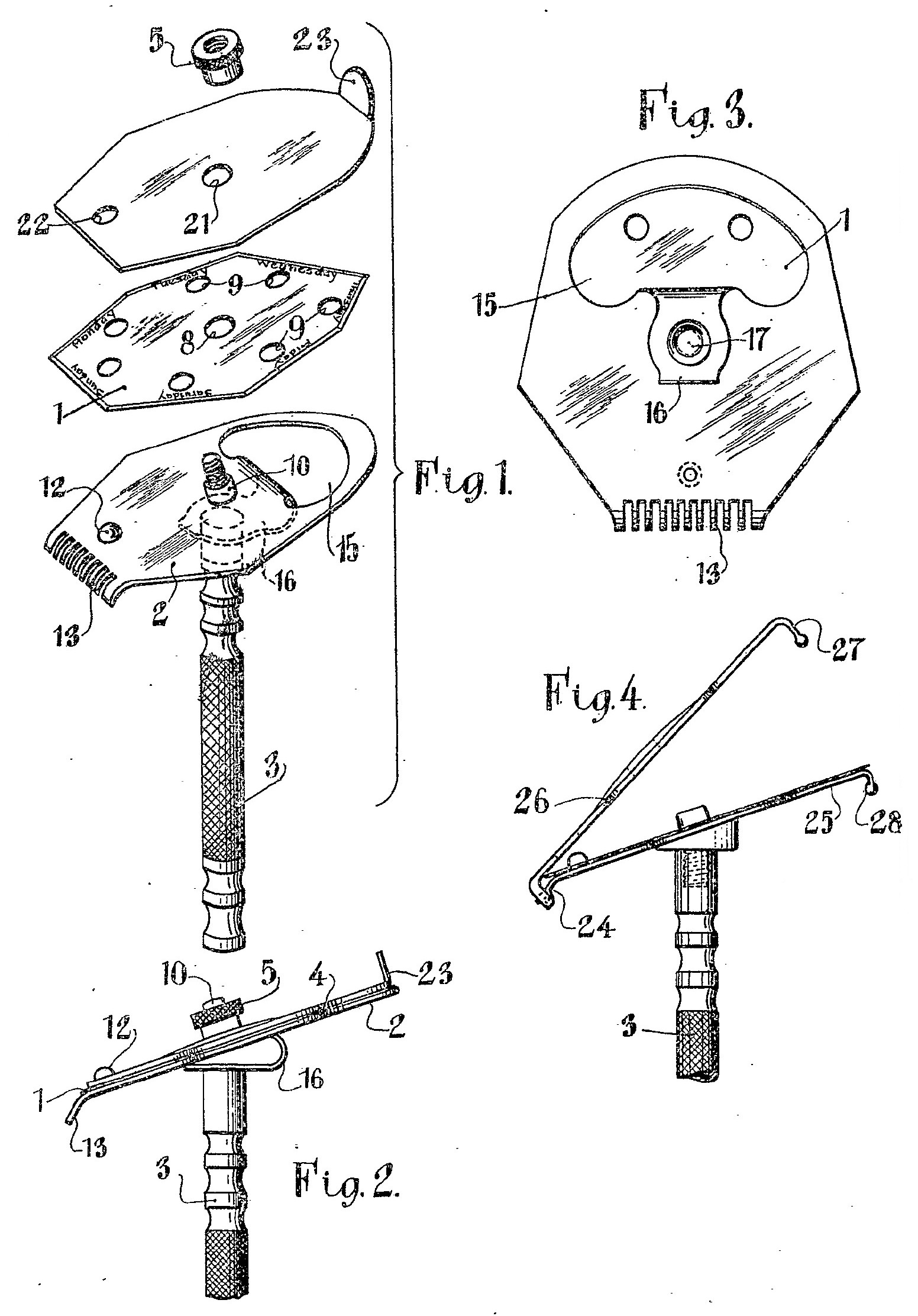 Invention Improvements in or relating to Razor Blades

A razor with a heptagonal blade. One edge for every day of the week. The actual razor sold held seven double edge blades with edges - hence the name.