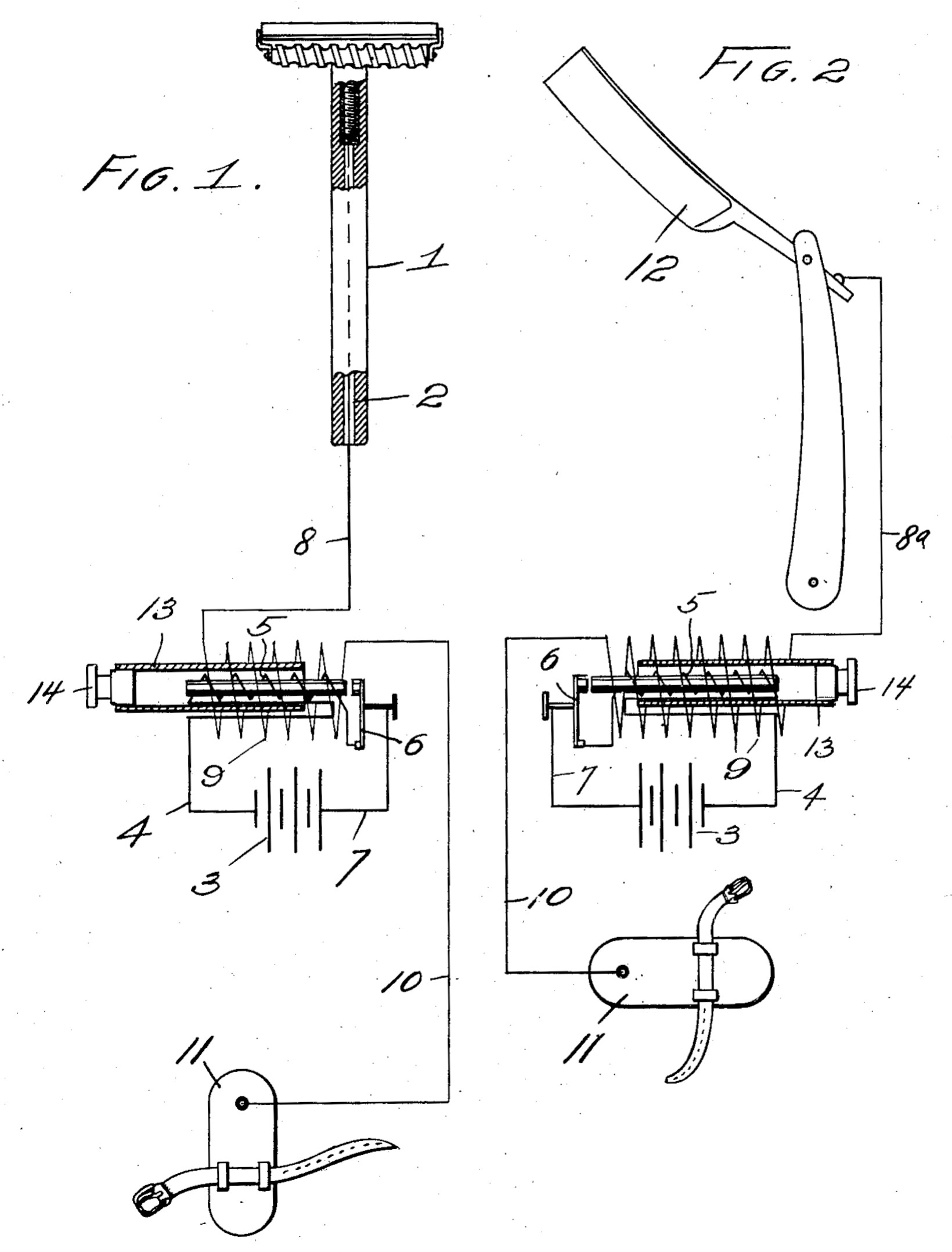 Electric Razor with a twist

This razor applies electricity to the skin