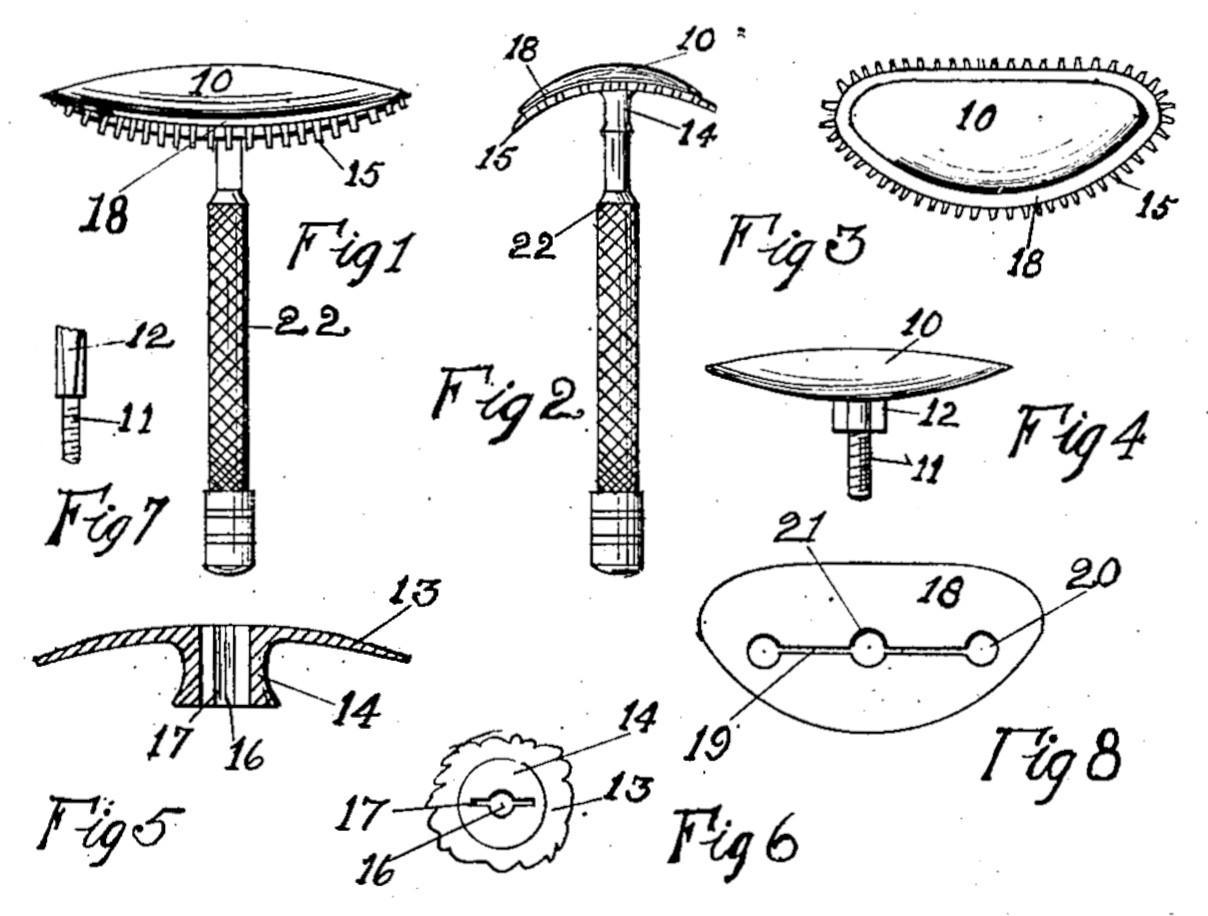 Razor for “inaccessible parts of the body”