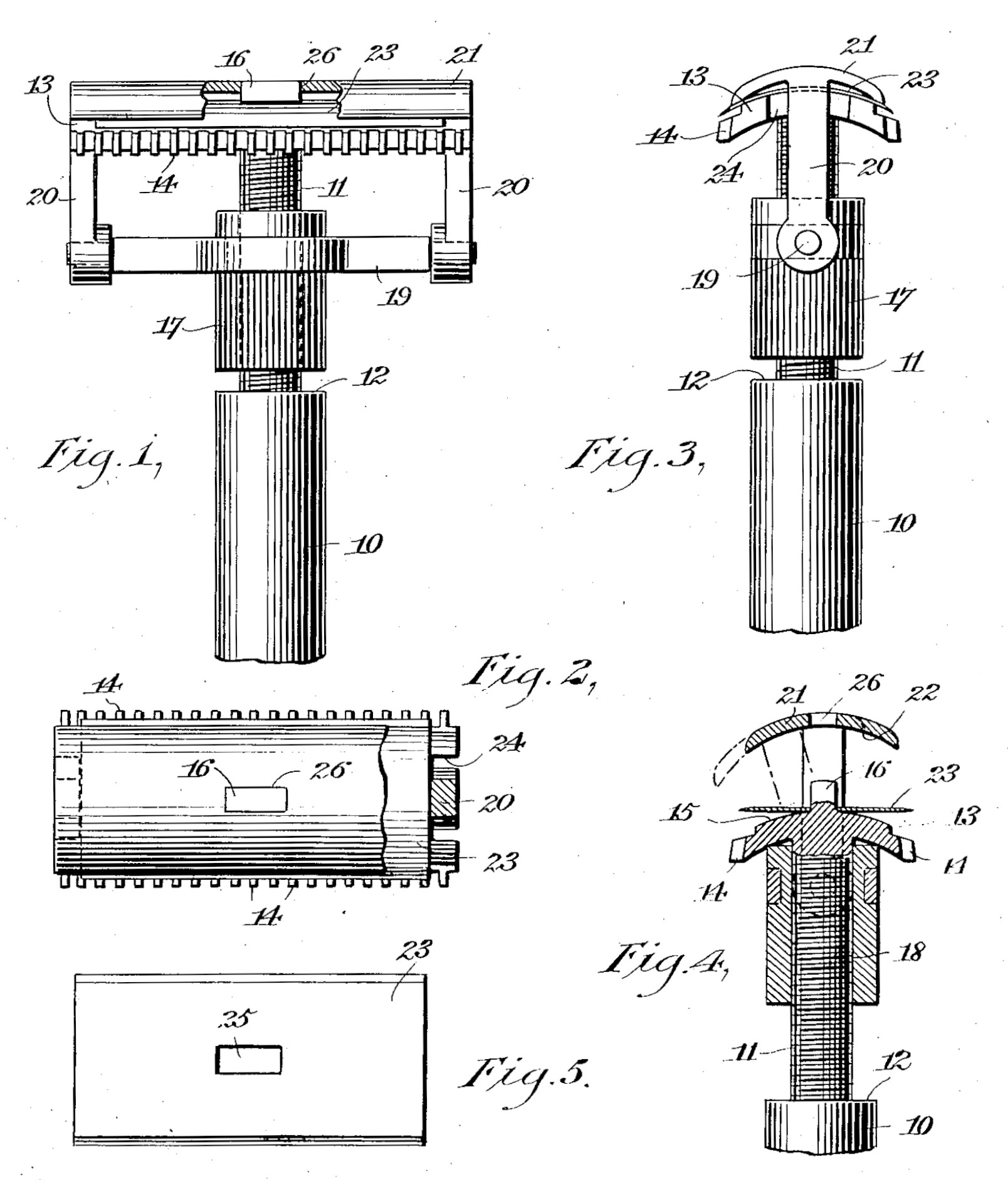 The patent was acquired by Gillette in 1936 and used for the Gillette vs Cliff-Weil court case.