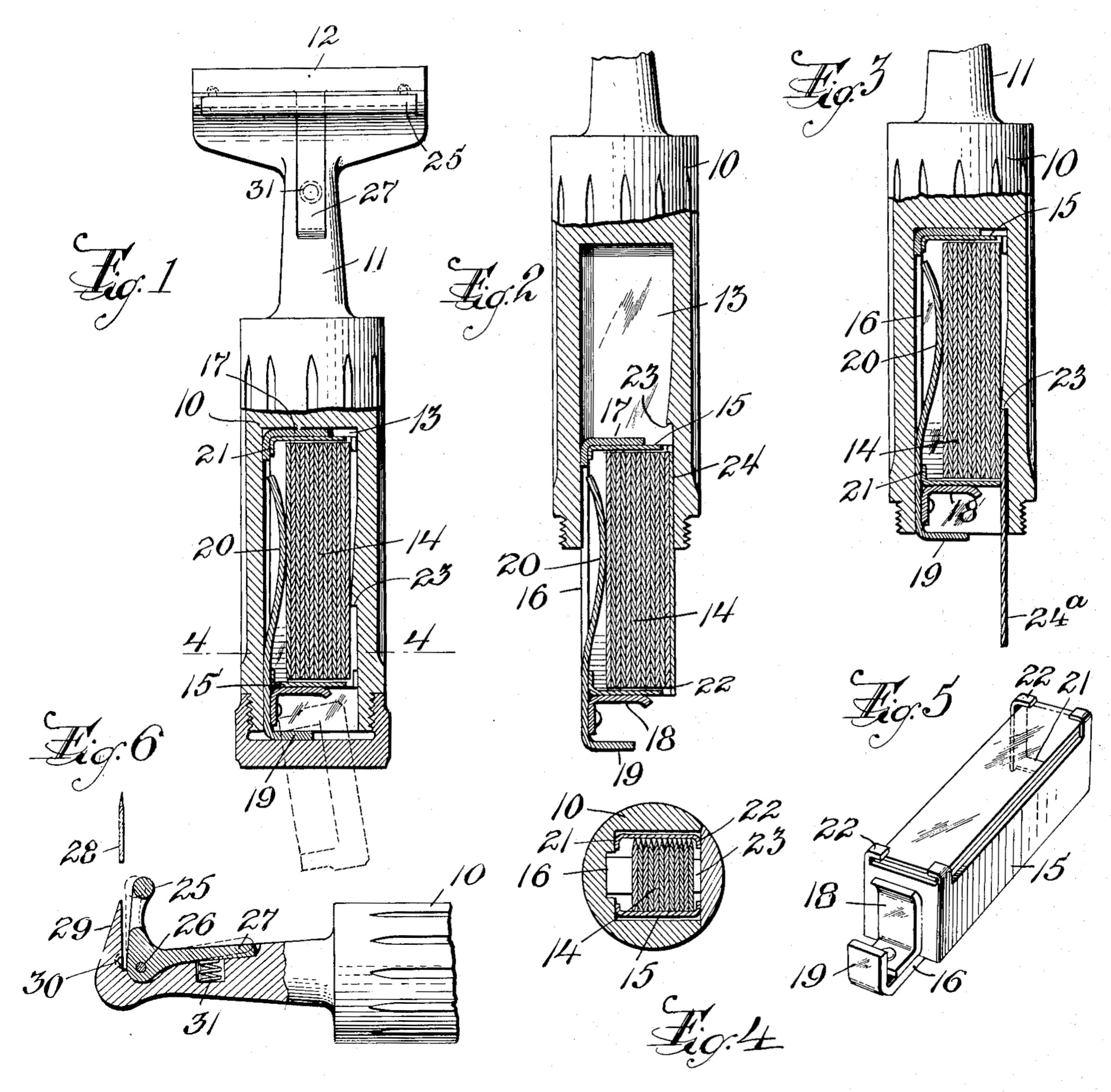 The blades are ejected from the handle and manually inserted into the head.