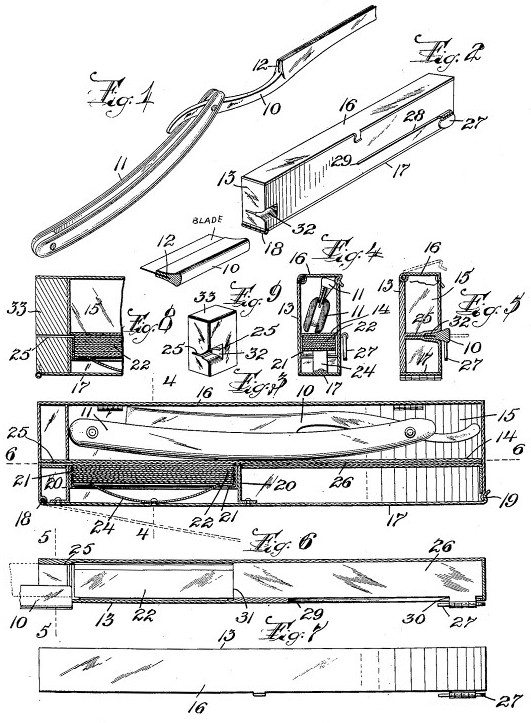 Colonel Schick also invented an injector shavette. Strangely, this patent was used as a claim for the D/E/F/G/H type injectors.