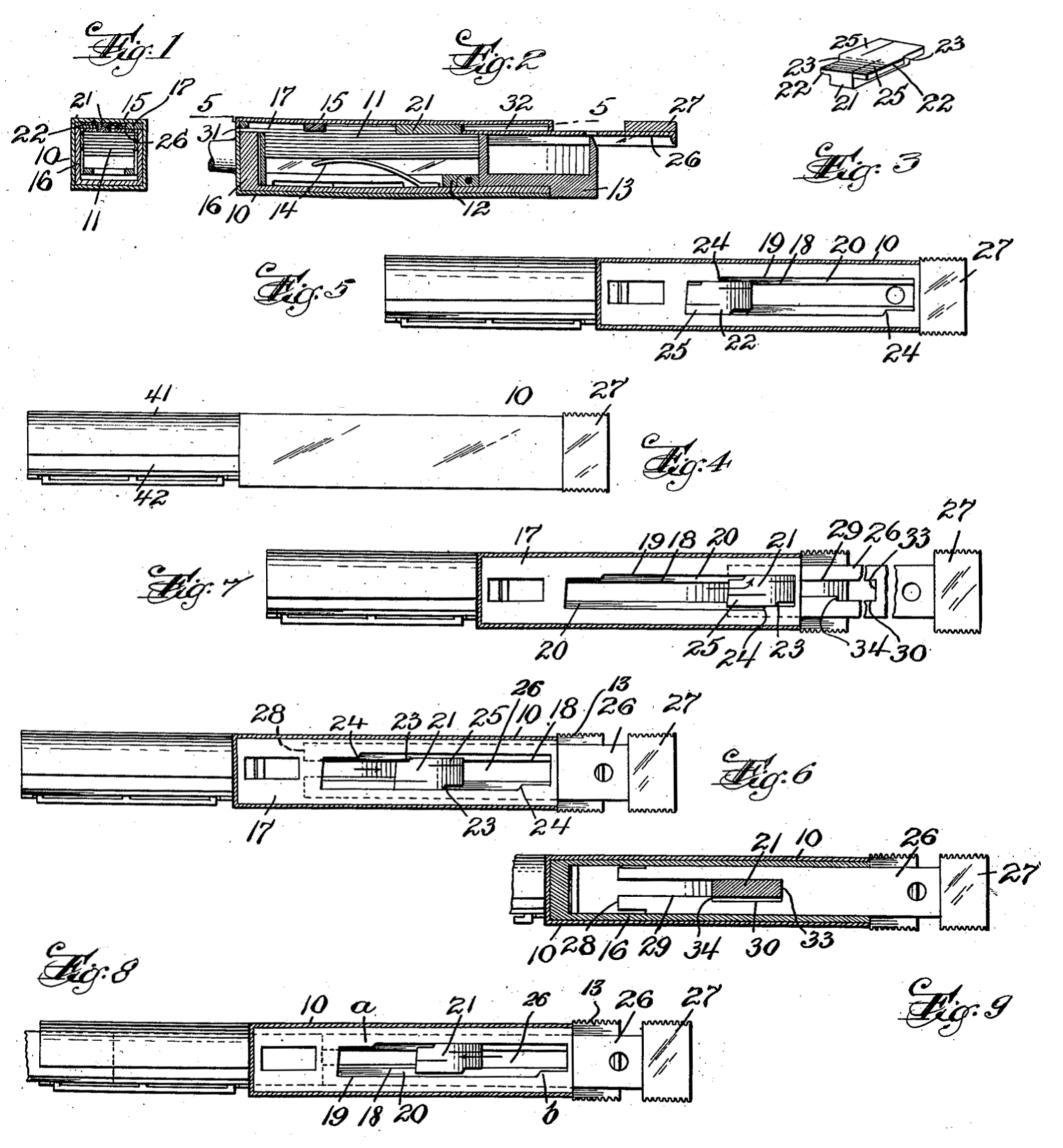 This patent shows the workings of a Type C Schick injector. To my knowledge this patent was however not claimed for the actual Type C injectors.