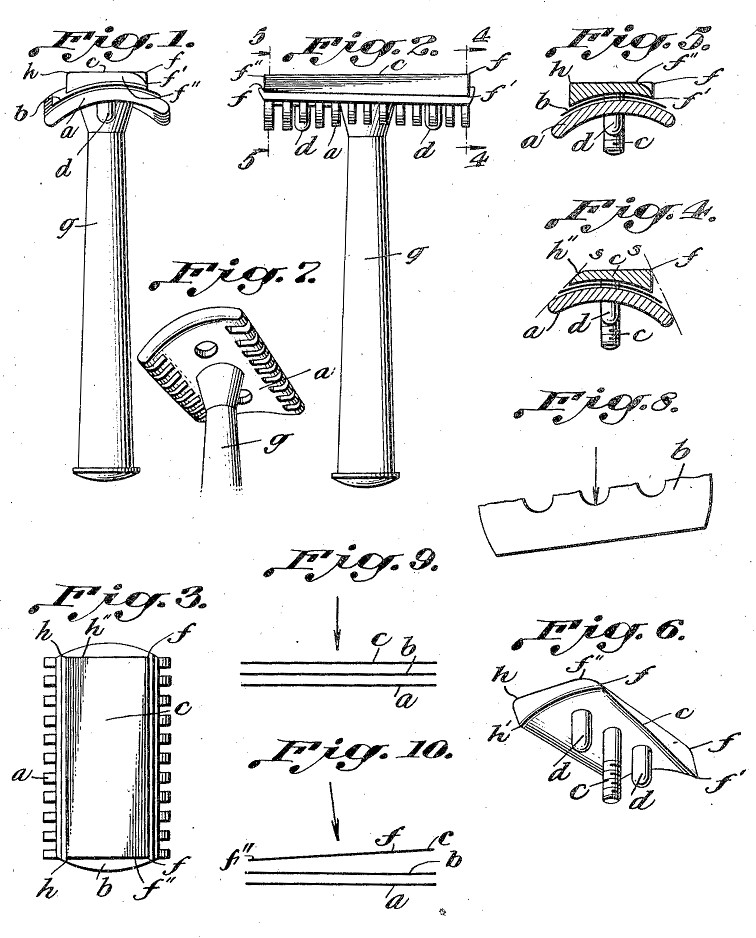 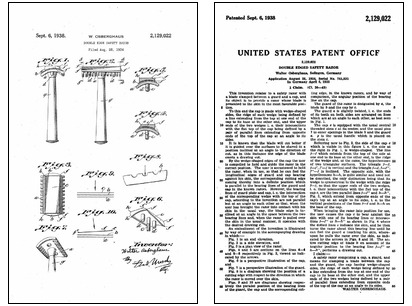 Remark: A very sloppy patent. Two parts (the cap and the stem) are designated by the letter c. The cap is also referred to as part e in the text. Also, the blade pins are labelled d in the drawings and 7 in the text. I have tried to make the references consistent.