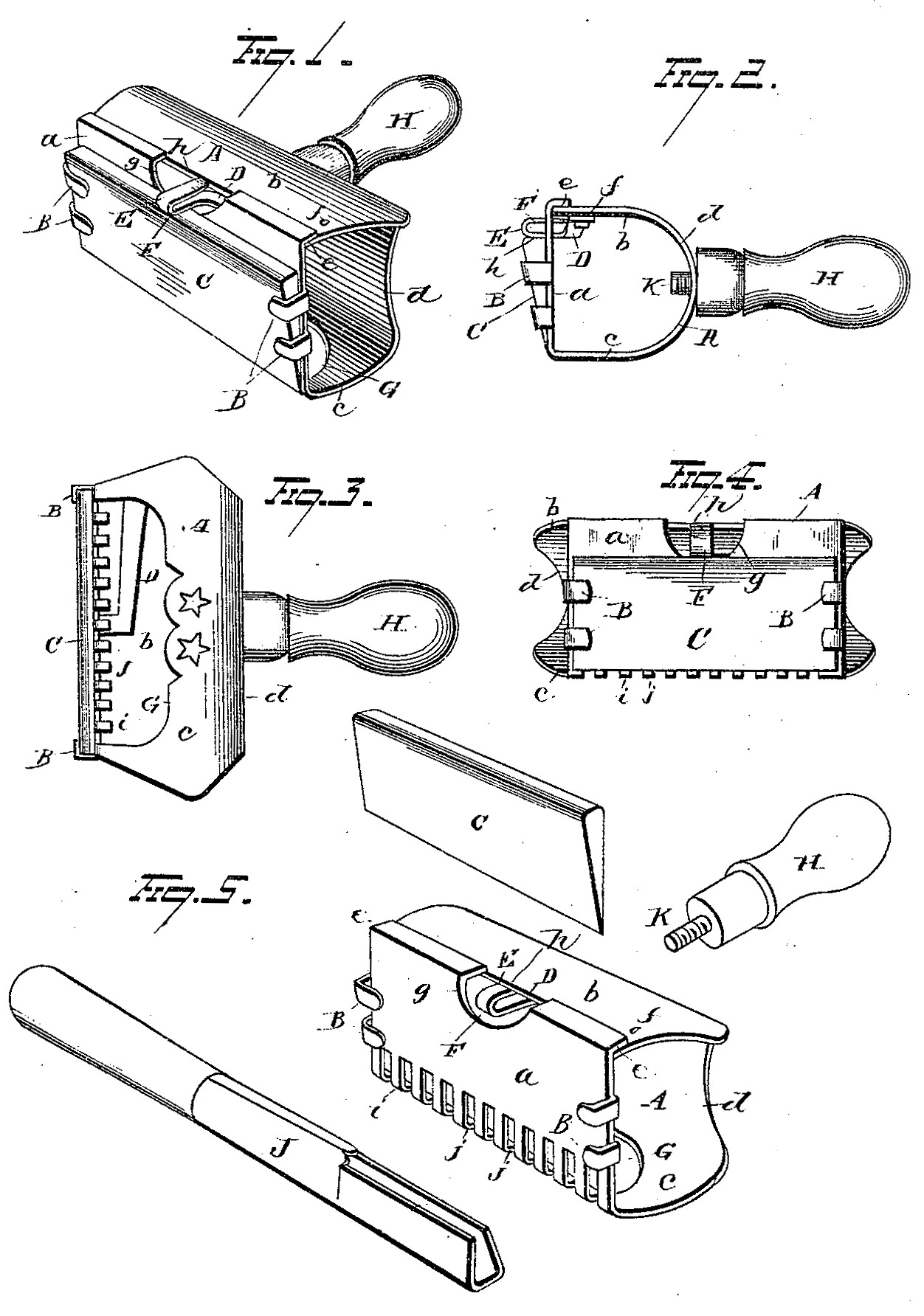 The first ever patent for a “Safety-Razor”.