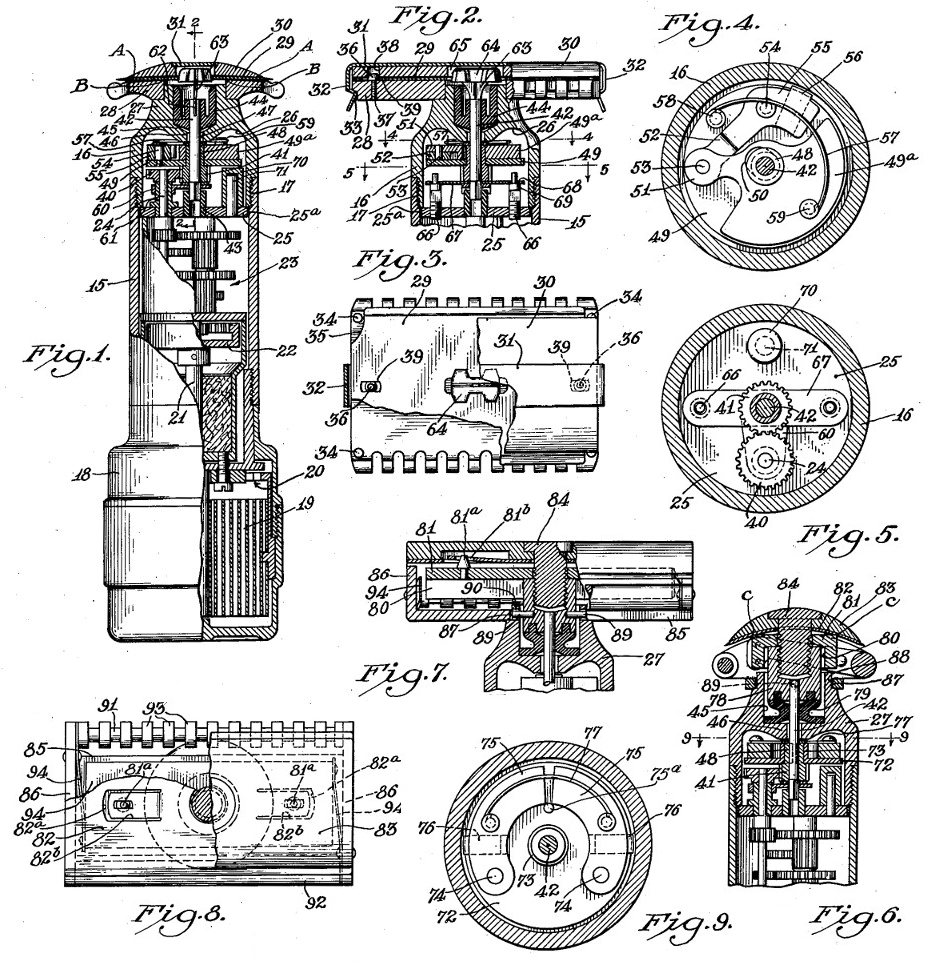 This patent describes the Stahly Live Blade razor quite well, but it is not among the patent numbers on the razor's head.