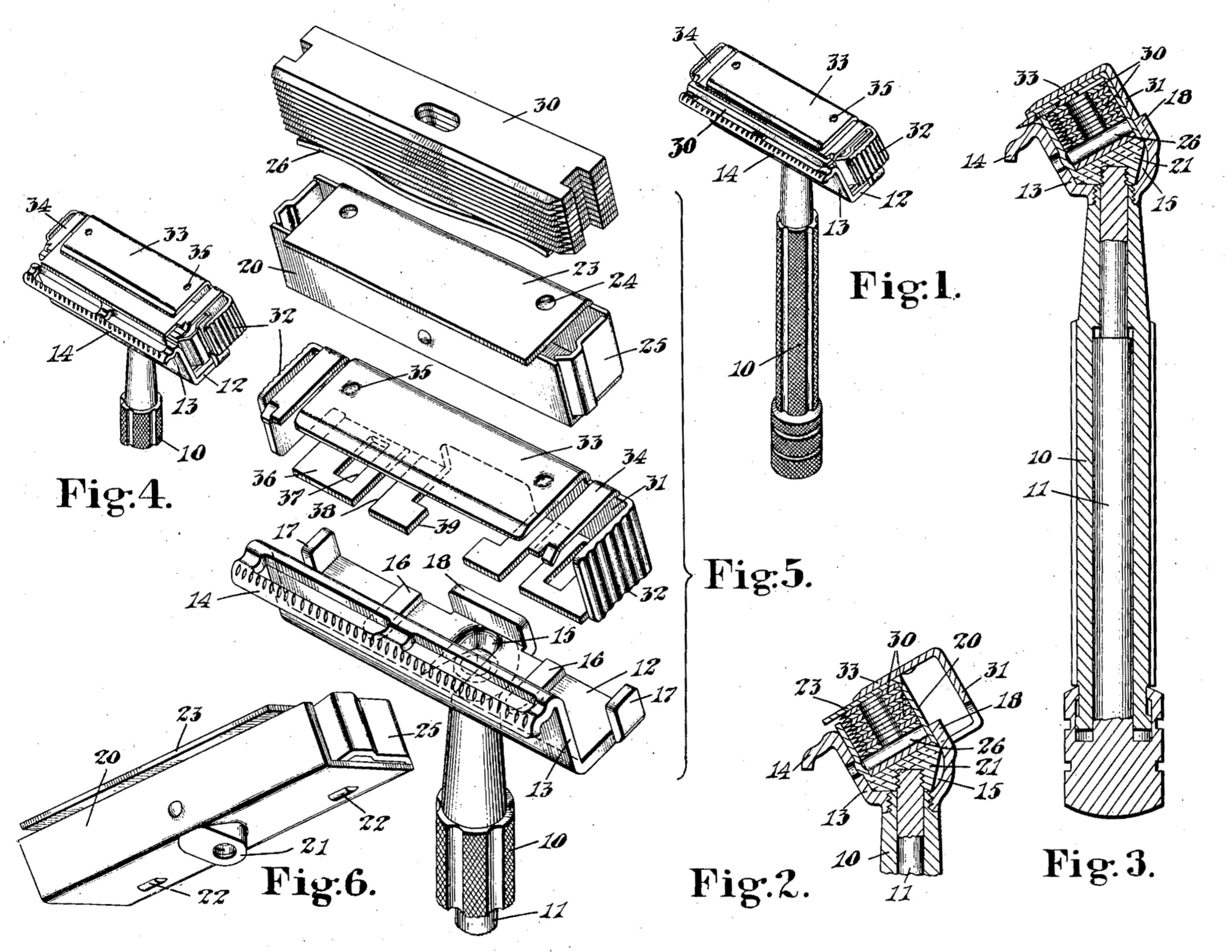 Magazine Razor with Blades in Head