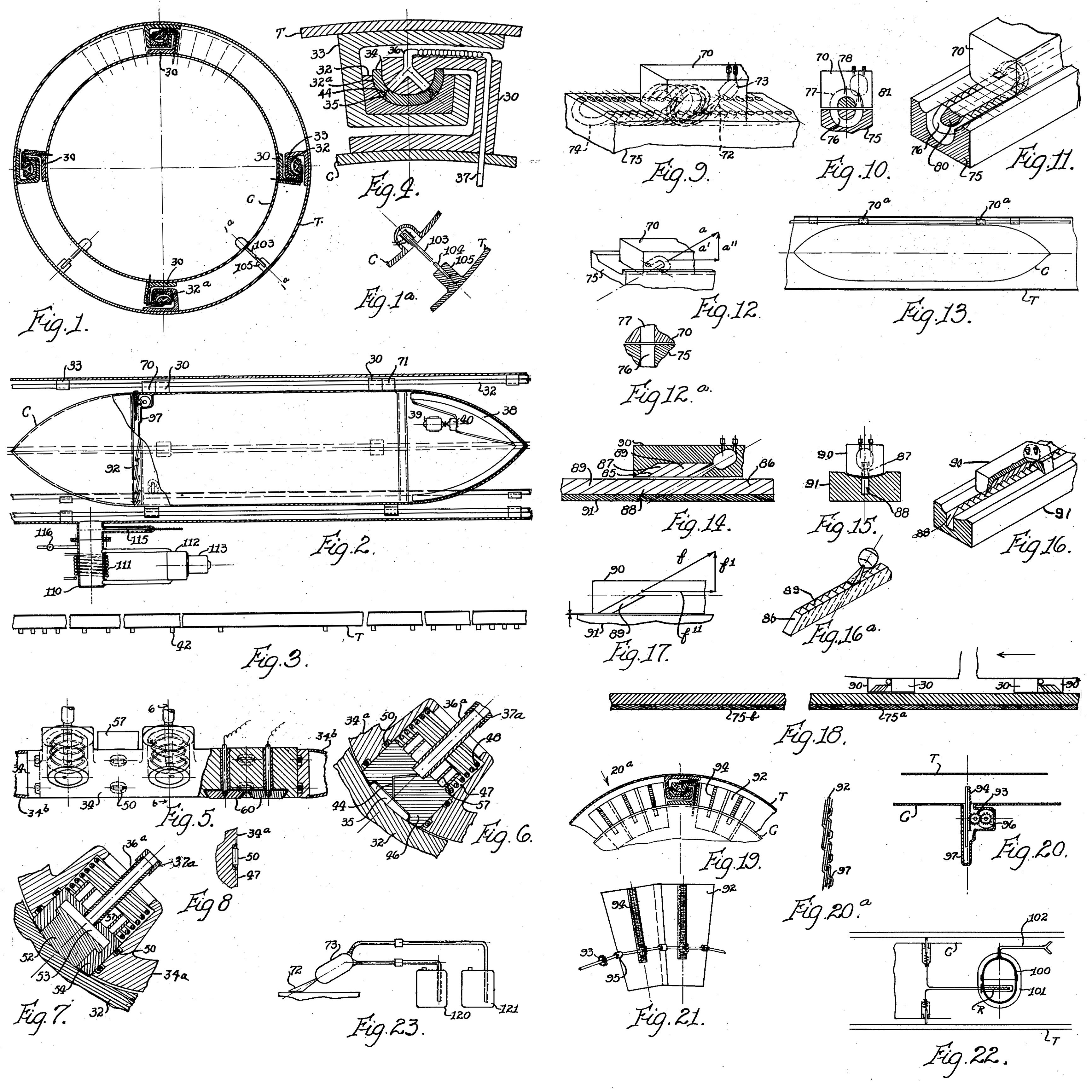 Obviously not a razor, this is a patent for what we now call “hyperloop”.

Remark: Robert H. Goddard was an early space rocket pioneer. He died three months after appying for this patent in 1945, but first came up with the idea in 1904.