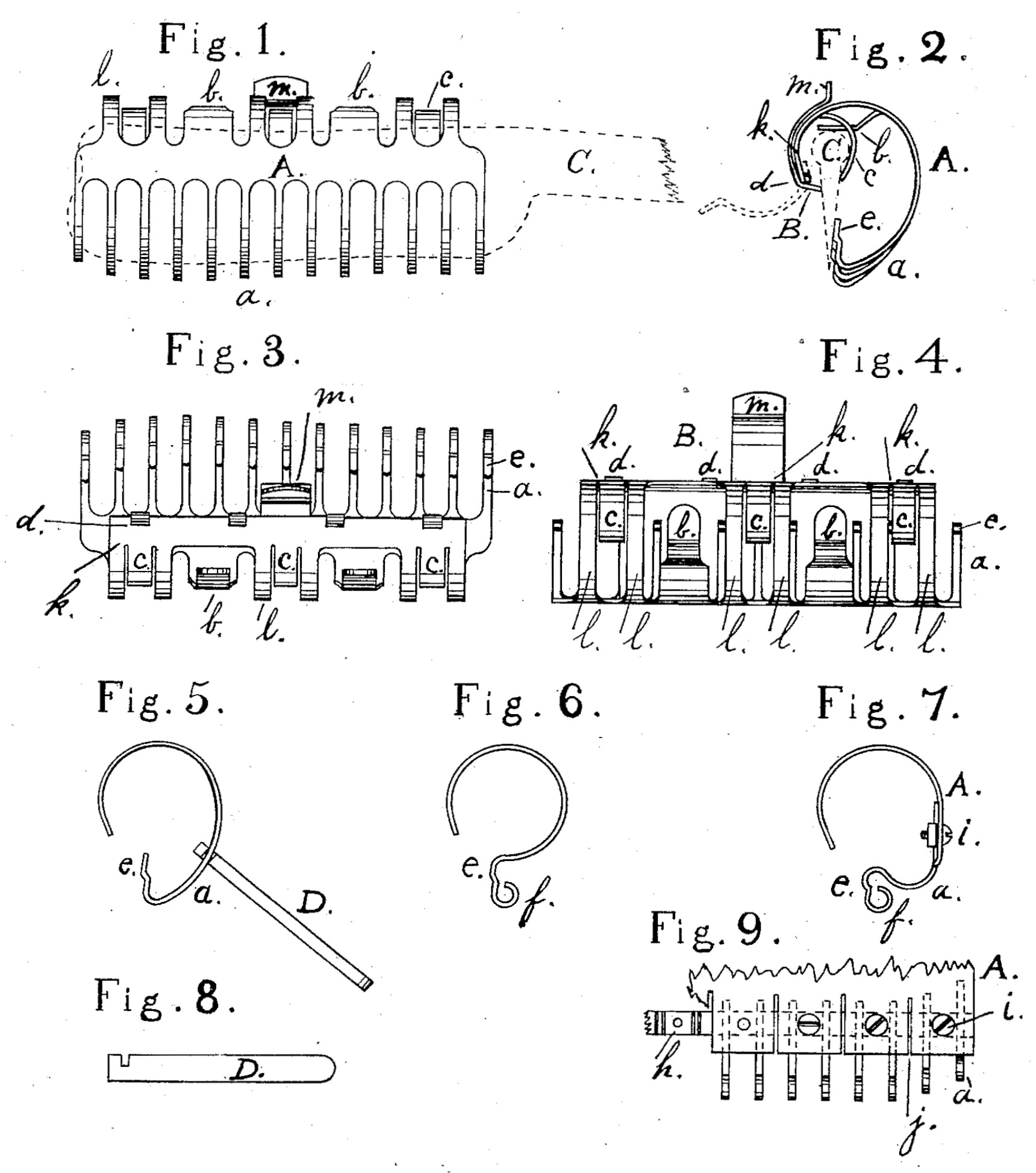 This patent was claimed for some Kampfe Star razors.