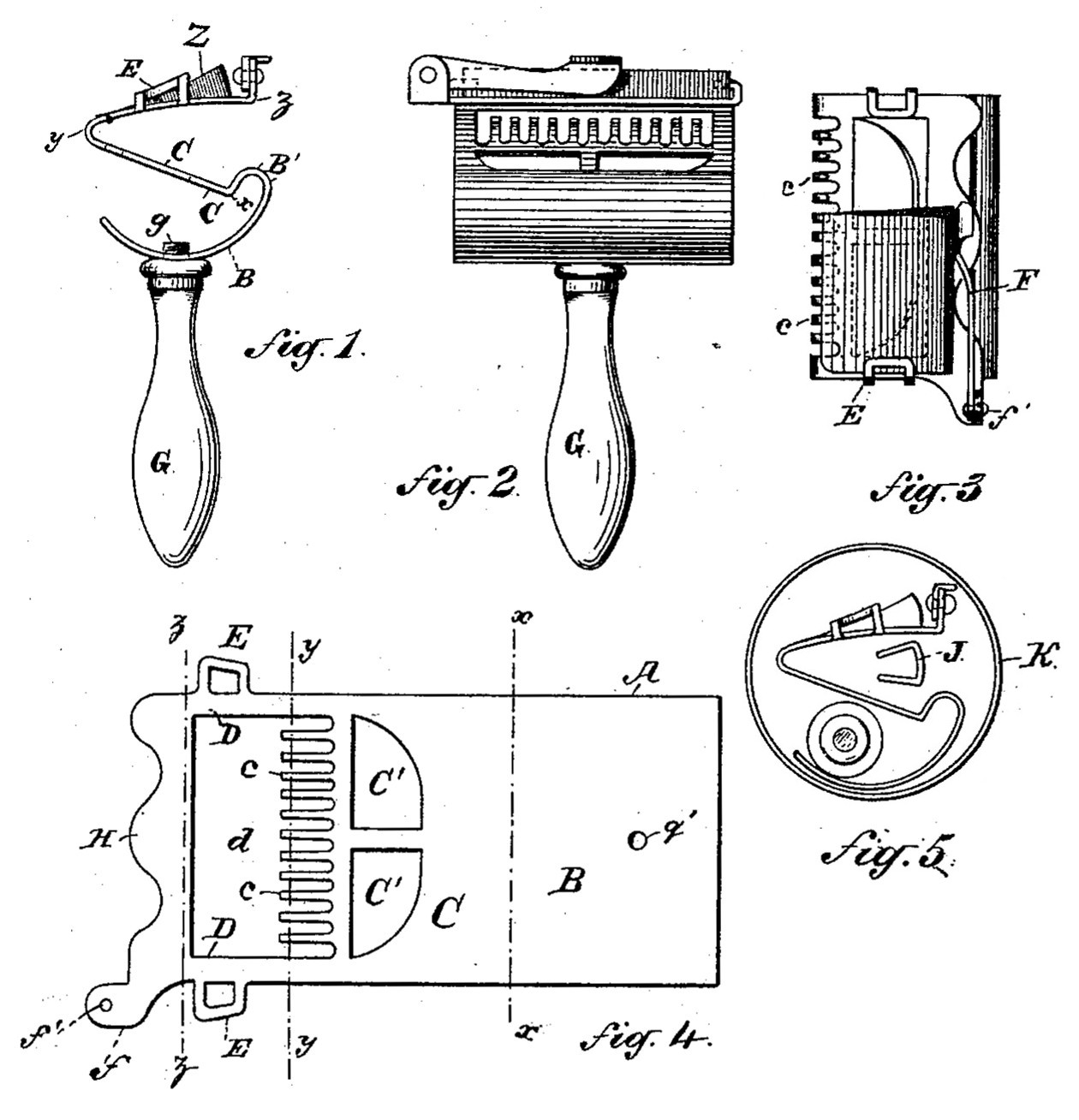 Remark: A nice and unusual detail of this patent is that it shows the shape of the blank the razor is made from.