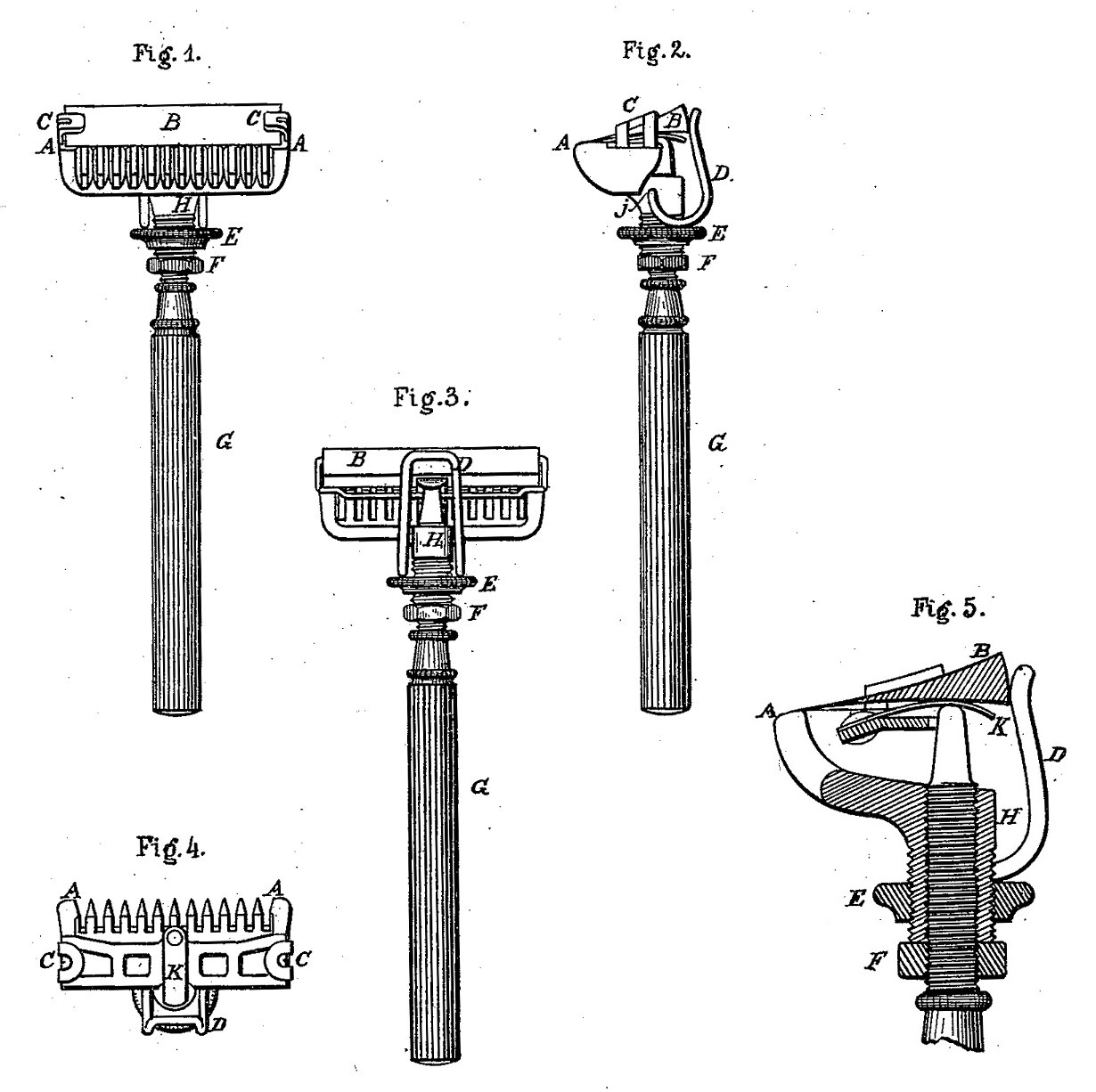 US Patent for the Rapide safety razor