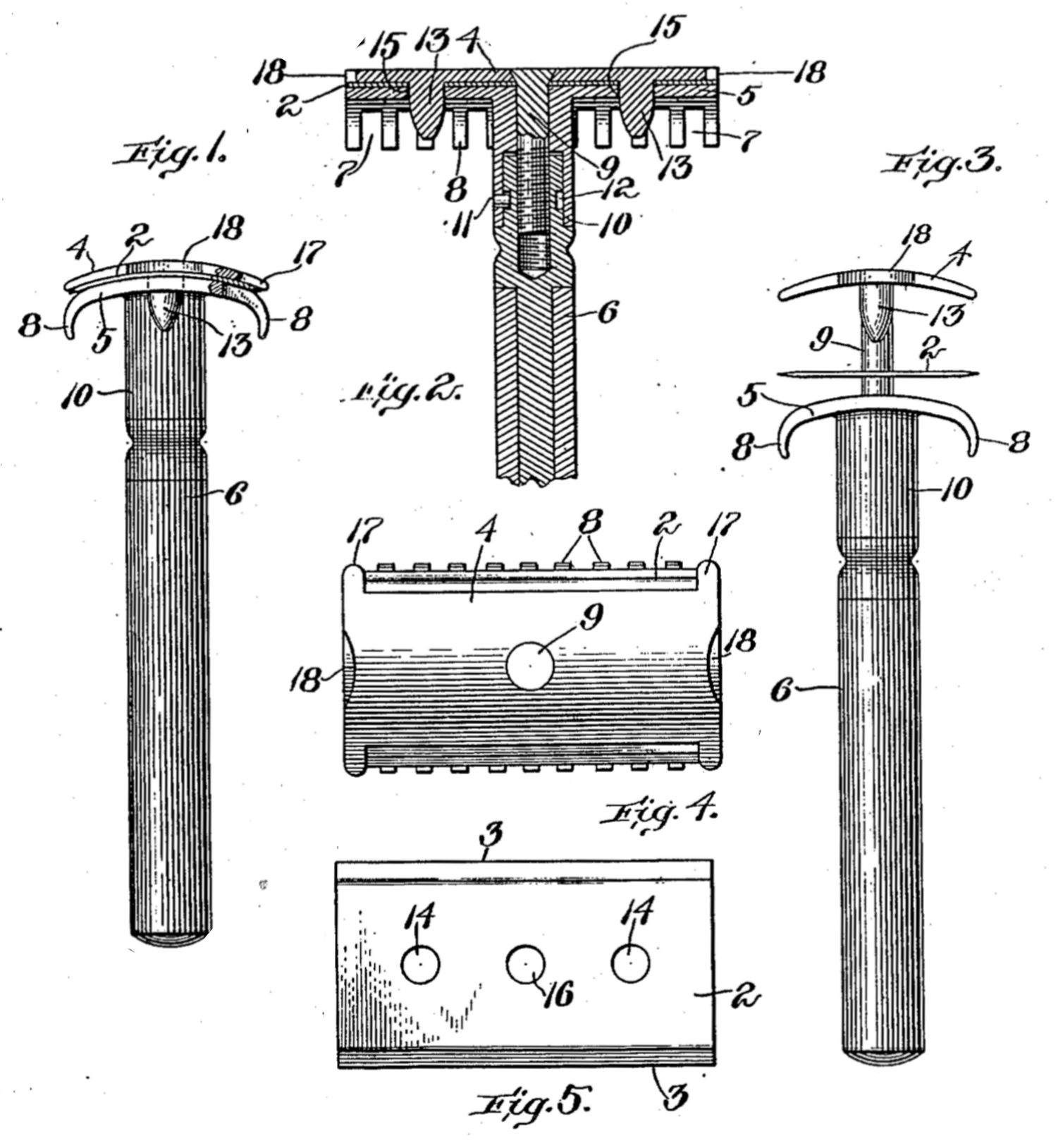 Originally filed as part of King Camp's first patent. The original patent was later divided and this patent filed separately.