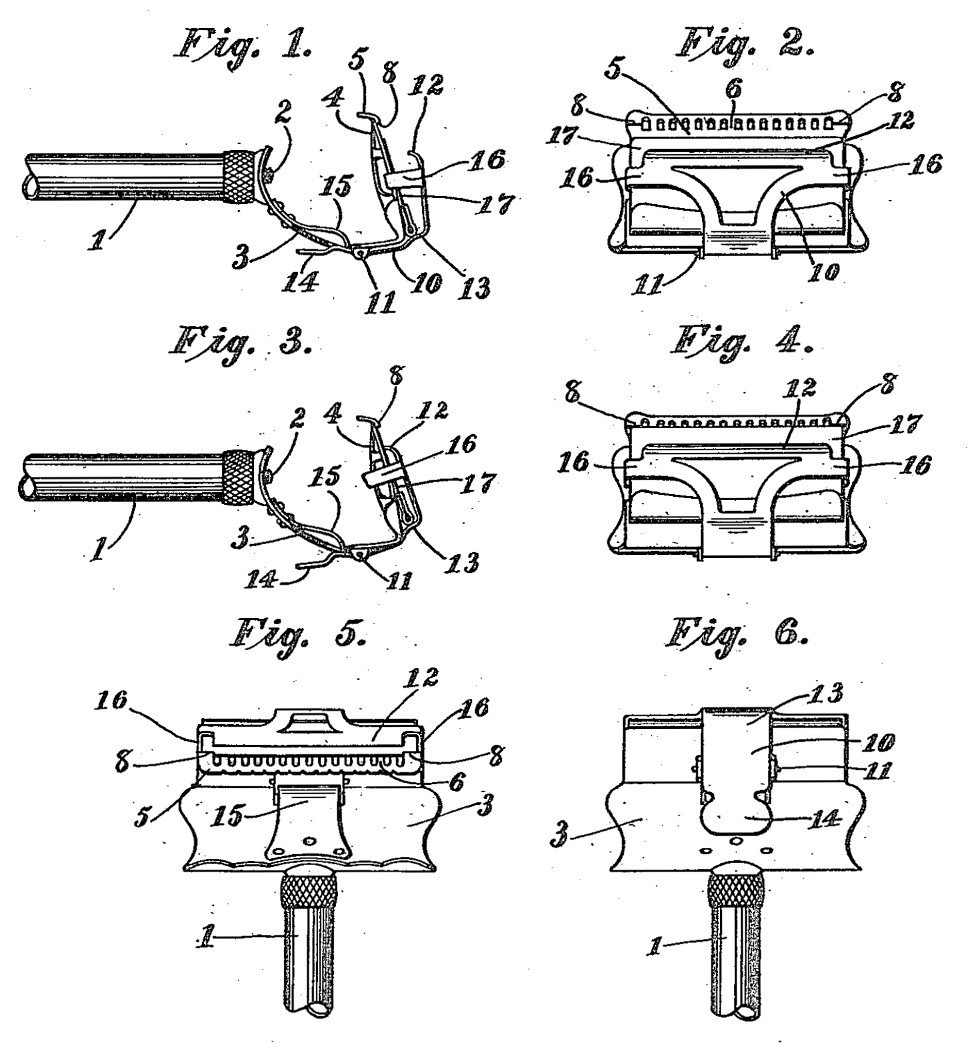 Invention Holder or Frame for Safety-Razor