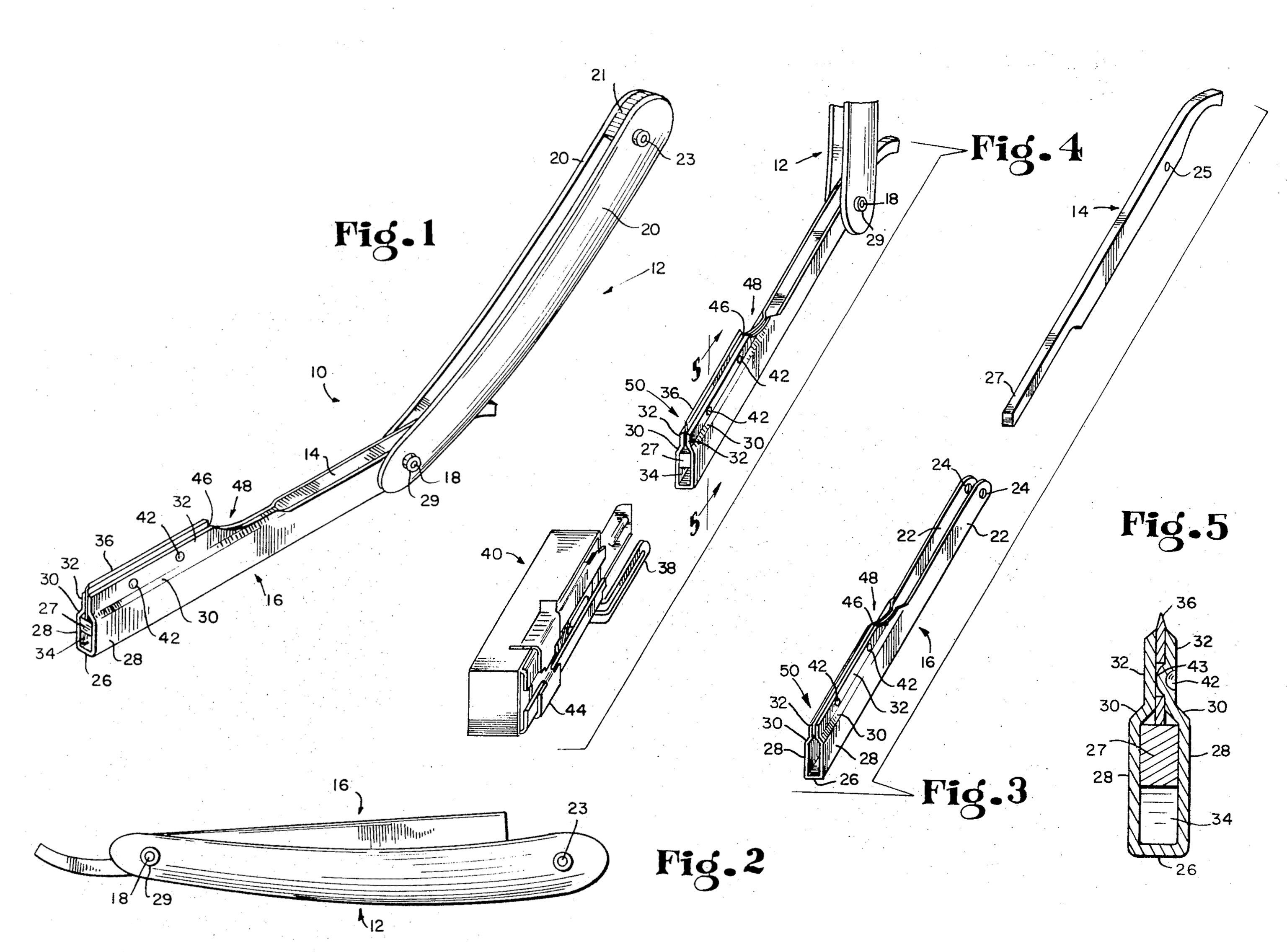 Invention Straight Razor Adapted For Use With Injector Blades