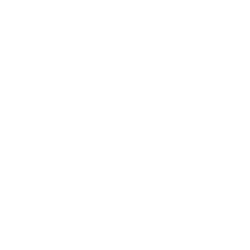 The best available resource for vintage razors. I recommend the digital PDF version as you can search through it. It is available here. The book is not without errors and my list of errata can be found here.

Another great book by Robert Waits about the history of the Safety Razor from 1762 to 1901. A digital copy is available here.

The Standard work on Kampfe Razors. There are three editions and all of them are as rare as hen's teeth as they were privately published in small numbers. Good luck finding a copy.

A lavish book with great illustrations. The author occasionally sells copies on eBay.

Google's search engine for patents. Quite good, but I prefer the EPO's user interface. Quite often Google links to the EPO website for details.

This site also has trademark information, but the user interface is often confusing and it only covers U.S. documents.

A good resource when searching by inventor names.

A commercial patent database, but they have a free “patent classification explorer”.

A patent database by the World Intellectual Property Organization (WIPO). Perfect if you only have a patent number, but don't know the country.

From the University of New Hampshire. Lots of original patent resources from the 19th century.
They also have the complete text of A History of the Early Patent Offices: The Patent Office Pony by Kenneth W. Dobyns

A very good website run by the Mormon Church. First port of call for births, marriages, immigration, census information and deaths.
Some of the information is not accessible from the internet, but only from affiliated libraries. My local UK library is one of them. You can find documents using the computers at the library and email them to yourself.

Another website for finding historical documents. However, it's subscription only and quite expensive.

A great free resource for U.S. immigration records, census records including information about the ships carrying immigrants to the U.S.

I can no longer recommend the New York Times archive as a source.
It's a paid subscription that is almost impossible to cancel.
The venerable New York Times has turned into a scam.

You can search thousands of newspapers for names of individuals or companies. It's a paid subscription, but it can be cancelled anytime without problems.